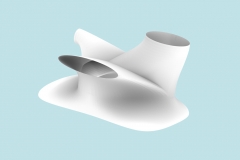 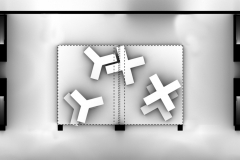 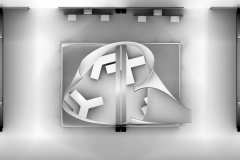 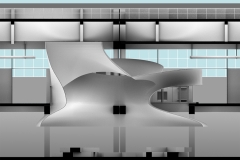 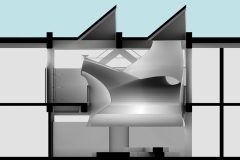 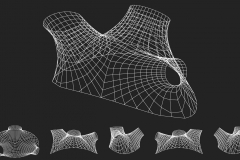 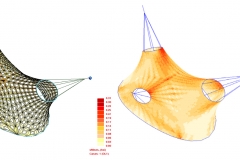 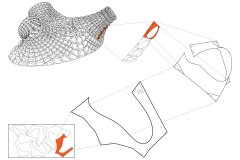 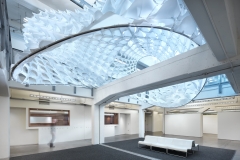 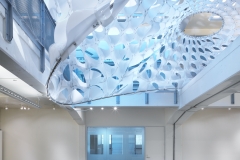 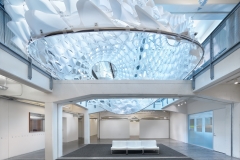 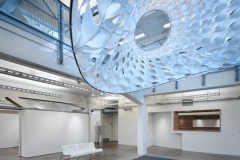 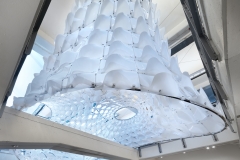 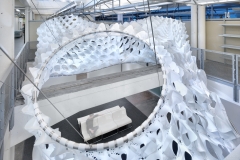 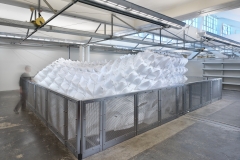 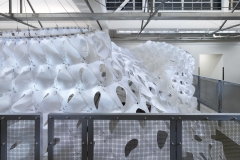 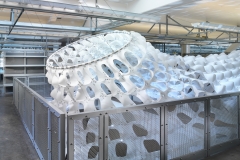 A new canopy for a student lounge at the California College of the Arts (CCA) hangs within a double-height space and functions as a light scope, spatial definer, and viewing portal. The minimum surface structure is made up of 546 unique HDPE panels linked to one another by over 4000 pop-rivets. The name of the piece comes from its resemblance in form to a portion of the human heart and the fact that it leaps over an existing structural beam. The surface is suspended from three upper stainless steel rings (two circular, one elliptical) which are held and hold each other in tension. A singular large parabolic ring functions as a “hoop skirt” below. The technical and artistic challenges are unique and did not allow for a conventional approach. Collaborating closely with the designers, the engineers employed non-linear analysis tools and parametric BIM technology to model and predict the final minimal energy form of the piece which, structurally, behaves as a hybrid between a cable-net and membrane structure. A panelized system was developed using Generative Components and a customized Rhino script that took the raw data and turned it into a drawing file to drive a CNC milling machine that generated all the parts. HDPE plastic, the same material used to make milk jugs, was selected for the panels due to its low cost, resistance to solar degradation, recyclability, low embodied energy, and high tensile capability.